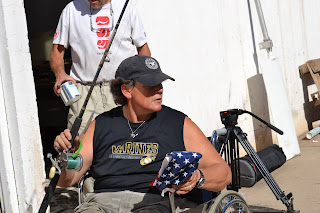 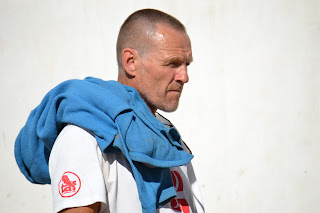 2011 02 23  Clif bars don’t dry & The Trough by Angela
Via Sat Phone to Deb
First off, HAPPY BIRTHDAY AND ANNIVERSARY TO STEVE!  The celebrations have started and I will update on those later today.  It did start with the traditional flares.  Angela said she took some great pics of Steve and Nigel with the flares.  She made Steve an apple brown Betty for breakfast and a HOT cup of coffee.  They have been using the solar boiler for heating water and it does not heat the water hot, only warm.  She pulled the stove out and heated water for Steve’s Birthday coffee.
There is plenty of food, but just not, what they are used to.  Now they are eating at the “Trough”.  Angela prefers “eating family style” but they keep correcting her.  The expedition meals are two or four servings.  They were eating their own packages, but now they are sharing these meals.  Angela makes them and passes them out to each watch, then they dip into the trough.  Angela tried to dry out Clif Bars to make into “cereal”, for 2 days Angela tried to get the Clif bar pieces to dry without success.  They have moved on to eating desert for breakfast.  Angela says they have lots of snack pack food, 75 foil packs of tuna. 250 drink mixes, 75 Emergen C packets and about 75 vitamin drink packets.  They have about 5 days worth of food and 3 days worth of emergency food.
Everyone is getting along well.  Angela put up her UN flag to fly on the boat to honor the spirit of cooperation.  She has flown that flag on every Ocean Rowing trip on which she has been.  The flag was presented to her by the UN for her first trip on RowofLife with Franck.  It represented two people from two different nations, two different languages, two different disabilities, two different lives, coming together to get one job done.
Everyone is excited that the winds are behind them again.  They were moving at 2.5 knots yesterday and today they are moving at 3.5-4knots.  Morale is excellent now that the boat is moving quickly and the end is in sight.  They have passed the 50-degree longitude line! The Port St Charles Marina is at Longitude 59 38’ 41.08”.  Tarfaya is at longitude 12 55’ 48”.  Therefore, they have travelled 38 longitude lines with 9 more to go.
Deb
Posted by debmole at 8:43 AM 1 comment: 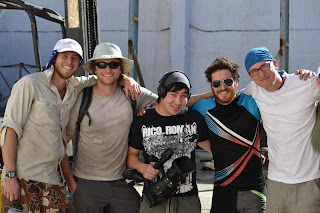 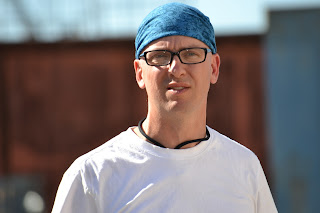 Great Sat Phone call from Sylvain this morning!  Last week's low replaced today by a super positive energy...his back pain has called down(thanks Ryan for Technical Support :-), his weight has stabilized and they are hoping for the NE winds to pick up and carry them to Barbados by the 2nd or 3rd of March.  We're off to Barbados to welcome the crew home....the light at the end of the tunnel is growing!!

Posted by debmole at 4:23 PM No comments: 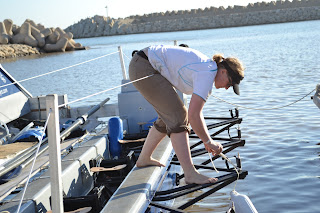 2011 02 22   Audio Blog by Margaret
Via www.margaretbowling.wordpress.com

Audio Blog by Margaret
Click above
Posted by debmole at 3:08 PM No comments: 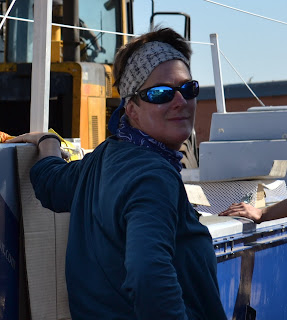 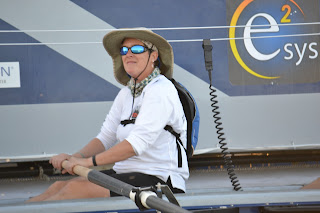 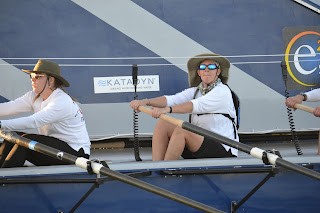 2011 02 22  Newspaper Article About Louise
Thanks to the Post and Courier in Charleston, SC for the great article from Feb 19, 2011
http://www.postandcourier.com/news/2011/feb/19/graff-part-of-crew-crossing-atlantic/
Posted by debmole at 6:08 AM No comments: 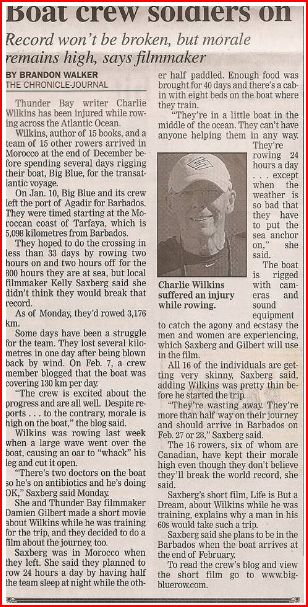 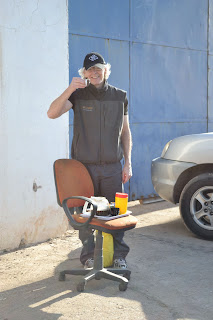 Posted by debmole at 4:25 PM No comments: 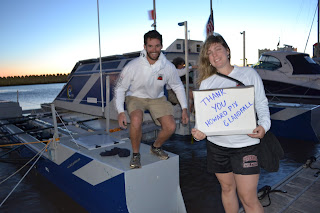 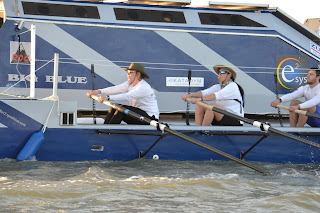 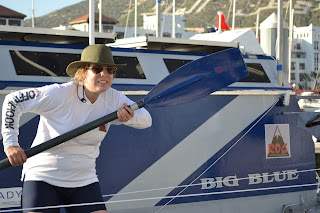 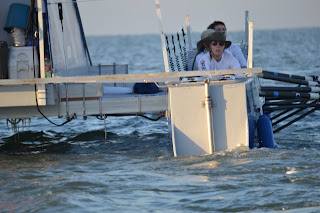 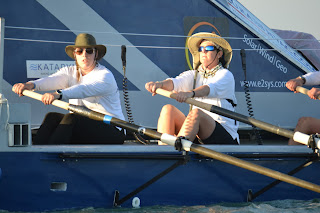 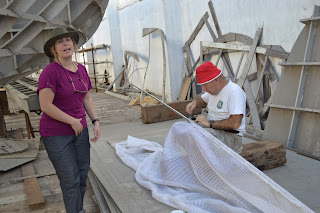 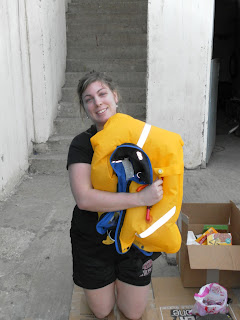 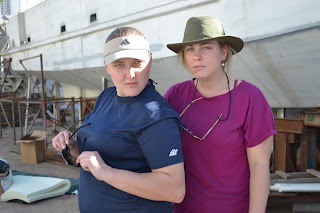 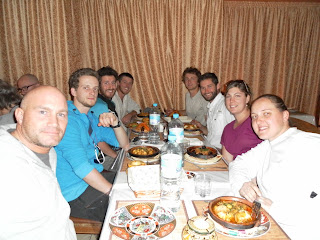 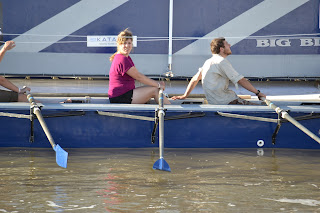 2011 02 19 Liz’s Birthday Bash by Angela
Via Sat Phone to Deb
Angela wanted to let people know that Liz was honored with a Birthday Celebration.  It started at midnight with an ocean rowing tradition, lighting a flare and singing happy birthday.  They made her a “cake” out of mini snickers bars.  In the morning, whilst all the crew was eating the same cereal they have been eating for 35days, Liz received an Apple Brown Betty for breakfast.  Later the crew gave her a no bake cookie and gifts from their snack packs…precious at this point in the row.  Aleksa made Lei out of trash-strung carefully and gave it to Liz.
Her meal was gourmet and served on a real plate.  Liz was excited to eat with a fork from a real plate, instead of the bag with a spoon.  Angela said she took care and carefully separated out potatoes and vegetables on the plate.  She plated the chicken and drizzled gravy on the potatoes and chicken.
I told Angela to tell Liz that I sent some of her messages after “Meal and Message” time, so she should not feel forgotten.  Angela said she would get them tomorrow.
As for the boat….They are moving a bit slower, due to the change of weather.  Angela says everything else is pretty much the same.   Rowing, Sleeping, Eating less, Rowing…….  Barbados is just over the horizon.
Posted by debmole at 12:38 AM 1 comment: